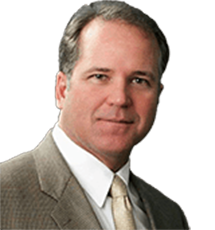 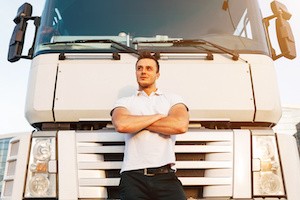 If you haven’t heard of the Drive Safe Act, you may be either shocked or pleased to learn that a bill has been filed that would authorize 18-21 year olds to drive 18-wheelers professionally on the interstate, whereas now they must be 21. In most states, drivers can get their automobile drivers’ license at the age of 16, but the federal law states you must be 21 to drive a truck professionally. If the Drive Safe Act becomes a law, that will change.

On February 26, 2019, The Drive Safe Act bill was introduced that, if passed, states drivers from 18-21 years old will be allowed to drive trucks professionally across state lines. Right now, drivers under the age of 21 can be a professional truck driver, but must remain in their home state until they reach the age of 21.

“DRIVE” Safe Act stands for Developing Responsible Individuals for a Vibrant Economy. Because of the concern for interstate safety knowing that 18 year olds may be soon operating 18-wheelers, there are requirements that must be met.

First of all, the drivers must log 240 hours of on-duty drive time in the presence of an experienced truck driver as part of their job training. Furthermore, the trucks being driven by the trainees must come equipped with approved safety technologies such as automatic “active breaking” systems and dashboard cameras.

Once these requirements are satisfied, that driver(s) will then be eligible to drive the trucks, moving freight, across state lines without limitation.

All in Favor Say Aye

There are varying opinions on the Drive Safe Act, but those who are in favor of it have their reasons. Supporters strongly believe it will improve the national truck driving shortage and thus, enhance the job economy by giving younger people more job opportunities in this field.

Supporters, in response to highway safety concerns, claim with the outlined extensive training program and safety equipped trucks, that safety is not a concern. Their argument is that safety/training are the focus and not the age of the driver.

This bill has a lot of people shaking their heads wondering how severely this will affect public safety if passed by legislation. Despite what the followers state, those against this Bill claim that age is a factor and studies show that young drivers are more likely to be involved in fatal crashes than their older counterparts.

Furthermore, those against this bill state that instead of solving the trucking shortage, they are simply endangering others on the interstate and only putting a Band-Aid on the problem.

Their belief is that by putting younger people behind the wheels of 18-wheelers, it will only drive the wages downward due to the increased truck driver expansion pool of young people. Right now, by maintaining a smaller pool of people, the wages remain high and could even rise to a higher level. That is not a Band-Aid, but a solution in the eyes of those protesting this Bill.